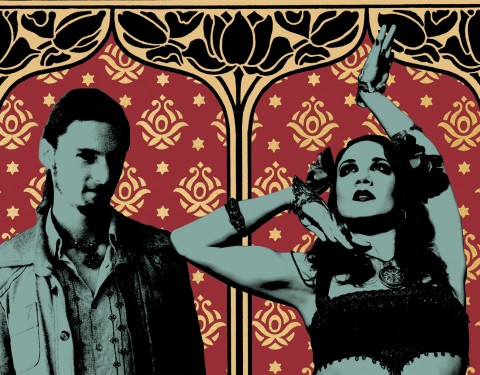 Elizabeth Strong is a life long dancer, raised in the folk communities of California, where she was exposed to music and dance of the Balkans and Middle East from a young age. In addition to over a decade of study in the Bay Area, She has traveled and studied dance ethnology in Turkey and Egypt, the first student of Reyhan Tuzsuz in Istanbul, and student of Sahra Saeeda in Egyptian dance and culture.

Elizabeth is former primary member of Aywah! Ethnic Dance Company, a troupe devoted to regional dances and music of North Africa, the Balkans and the Middle East. She was a collaborative member of “The Pogonometric Revue” with the Toids, Rachel Brice and Mardi Love, and a choreographer and collaborator for the last Undulation performed by Ultra Gypsy. Elizabeth performed with the Bellydance Superstars in 2008 and 2009, and was a founding member of Jillina Carlano’s Belly Dance Evolution, and also played a formative role in Zoe Jakes’ dance company for Beats Antique.

Find Elizabeth Strong’s performances on Evolution and Tales of Desire 1& 2 released by Hollywood Music, and on Tribal Fusions 2, and TribalLA released by Bellydance Superstars. Her self-produced instructional DVD is available on this website and through Fat Chance Belly Dance.