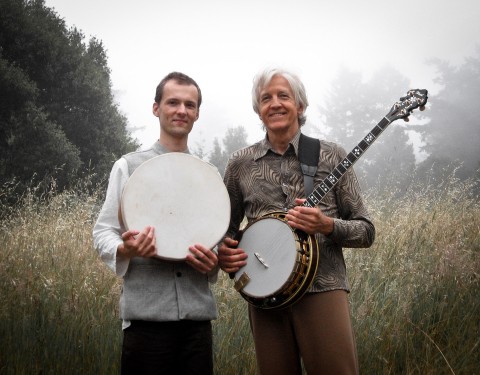 Tim Weed is an acoustic multi-instrumentalist, classical banjo virtuoso, and singer-songwriter whose music traverses genres and defies categorization.  His collection of original classical works for the 5-string banjo, Milagros, is regularly featured on National Public Radio and has been highly praised.  He has been invited to appear at chamber music festivals and has performed for the Dalai Lama.

Also known as Tim Wiedenkeller, Tim began as a bluegrass prodigy on banjo in Southern California.  He started playing at age 16, and two years later was travelling with the high-powered young bluegrass band Last Chance.  During its few years of existence, Last Chance helped produce some of today’s most influential bluegrass musicians, including Stuart Duncan, Gene Libbea, and Alison Brown – bandmates who all became Grammy Award winners.

During the 80’s Tim turned his interest away from the banjo, toward guitar, voice, and studio recording. He spent 15 years performing, writing, producing, and recording in a wide variety of musical styles with the best musicians and recording studios in Los Angeles. He also travelled extensively during this time, and was profoundly influenced by the musical cultures he was exposed to in the Orient, Southeast Asia, and the South Pacific.

He rediscovered the banjo in the 90’s and began playing, composing, and recording his own virtuosic classical music. This work has been praised for “redefining the banjo” with a new level of sophistication, complexity and beauty, and revealing its similarities to instruments from around the world.

He now lives in northern California working as a concert musician, recording artist and sideman. He’s a yogi, naturalist, environmentalist, surfer, and father of two children.

Live audiences know Tim as an exciting, captivating performer who’s full of surprises. His concerts showcase his cutting-edge acoustic music, journeying through a boundless mix of classical banjo, bluegrass, jazz, rock and traditional music, and international music.  His concerts always include improvisation and dazzling interplay between band members, epitomizing what great live music is all about.