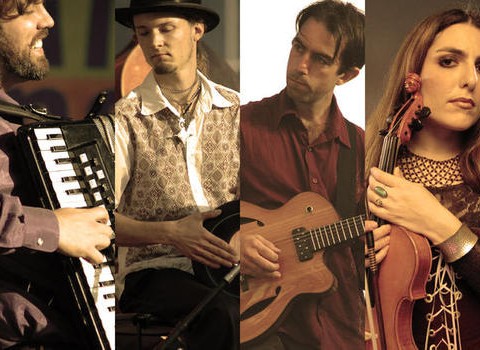 First formed in 1997 by Ryan Francesconi, Dan Cantrell and Jerry Summers, The Toids (San Francisco) have been creating a blend of the folk musics of Eastern Europe while maintaining a sensibility with roots in new music, jazz, songwriting, and improvisation. The result is a rich tapestry of idioms that while at times seem familiar, the end result is both hardhitting and heart touching. Presenting new music with a finger on the pulse of traditional Balkan folk music, the Toids give a performance both rousing and introspective, danceable and serene. Featuring Ryan Francesconi, Dan Cantrell, Tobias Roberson and Lila Sklar, their 2006 release, “Unblocked Ears” is now available on Odd Shaped Case.